A new contract agreement between Scandinavian School of Brewing (SSB) and University of Copenhagen, SCIENCE (FOOD) take effect as per September 1st, 2021.

Together with the brewers’ associations of Denmark, Norway, Sweden and Finland it is agreed that

When UCPH SCIENCE take over these two educations, the director of SSB (Kim L. Johansen) will be employed at the University to ensure continuity.

The Scandinavian School of Brewing will still exist:

Technical Committee dealing with the technical and scientific content of the education and for planning of internships.

As a consequence of the agreement:

The courses Brewing Project in Practice and Brewing Summer Course will continue unchanged. 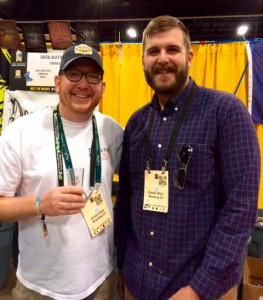 Brian Gillespie and Josh Cody at the Dostal Alley Booth

From our loyal U.S. correspondent, Finn Bjørn Knudsen, we yet again this year have a report on the recent Great American Beer Festival®, which takes place every year in Denver, Colorado – practically in Finn’s back yard!

Finn Knudsen, Knudsen Beverage Consulting, was the Keynote speaker at the 2016 Rocky Mountain Microbrewing Symposium at the University of Colorado, Colorado Springs this past February.

The Rocky Mountain Microbrewing Symposium is the only conference designed by microbrewers, for microbrewers!

Click here to view the program, as well as view Finn’s presentation “Future of Craft Beer as seen from an Industry Insider” The Conifer Mountain BBQ Challenge will include a special opportunity for people to taste some unique Colorado Craft Beers.

It is well known, that Colorado has become the state of craft beer in America. Colorado is home to over 160 established craft brewers located across the state, with many start-up breweries in the planning phase. These breweries are located in and are a vital part of local communities. Colorado craft brewers contribute financially and culturally to Colorado. Colorado breweries flourish, in large part, due to a strong tier of independent retailers that provides vital access to market.

Many Colorado craft brewers have limited distribution outside of Colorado. Small, local craft brewers will disappear if access to market is constrained or limited. Colorado has emerged as the state of craft beer, at the forefront of the craft brewing industry. Colorado ranks among the top states for number of breweries, per capita production, and economic impact. The Colorado Brewers Guild (CBG) identified 232 craft brewers in the state in 2013, marking 109% growth in the number of breweries since the recession ended in 2009.

Click here for more information and to purchase your tickets today!

Join us on August 23, 2014 from 1pm – 7pm for the Great Central City Beer Festival for Great Beer and Great Music! Come sample some of Colorado’s Best Brews. The pours will be flowing all day. 18 breweries will be on hand to serve you up a cold one.

Click here for more information, and to purchase tickets!

Click here to register for the event today as space is limited!

MBAA-RMD is holding their semi annual all day 2014 Technical Summit on May 7, 2014 at the Drake Center, at Colorado State University in Fort Collins.

The program consists of eight oral presentations, 10 posters, and 14 sponsor displays. Several brewers have donated their beers as samples during the sessions. Continental breakfast, lunch and snacks are served during the day. After the technical sessions their will be an all evening social at the Black Bottle Brewing located close to the Drake Center. 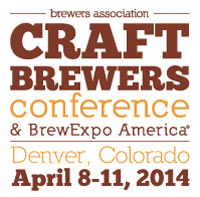 Join us on August 24, 2013 from noon – 7pm for the Great Central City Beer Festival for Great Beer and Great Music! 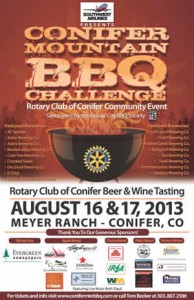 Join the Rotary Club of Conifer on August 16 & 17, 2013 at the Meyer Ranch in Conifer, Colorado for the Conifer Mountain BBQ Challenge as sanctioned by the Kansas City BBQ Society.